Sweetwater County District Court Judge Suzannah Robinson sentenced Stephanie Nomis to two to six years in the Wyoming Women’s Center or other correctional facility for felony theft. She was given credit for 114 days served on the original charge and bond revocation. Nomis was also ordered to pay restitution of the $42,178.25 she took from the fund in addition to court costs.

Stephanie Nomis originally pleaded not guilty at her district court arraignment in June of 2020. She changed her plea to guilty in October and appeared before Judge Robinson via video hearing on Tuesday, Feb. 23, for her sentencing hearing. In another case, Stephanie Nomis has been convicted on a misdemeanor charge of possession of methamphetamine.

The prosecution read victim impact statements from three people during Tuesday’s sentencing hearing. Nomis apologized for her actions and said that she would like the people affected to be able to begin the healing process.

In announcing the sentence, Judge Robinson said that there was no way the court could fix what had happened. Still, the judge said it is important for people to understand that this type of crime is not acceptable. One factor making the crime particularly sad is that the money was stolen from those who had donated funds intended to help the community and those in need, she added. 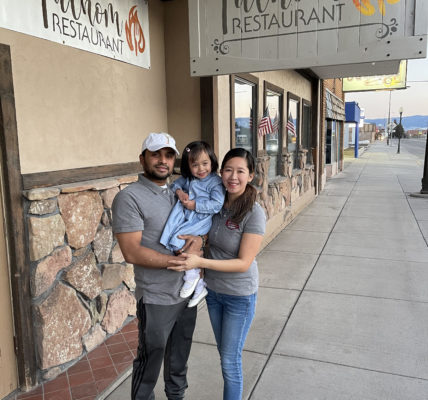