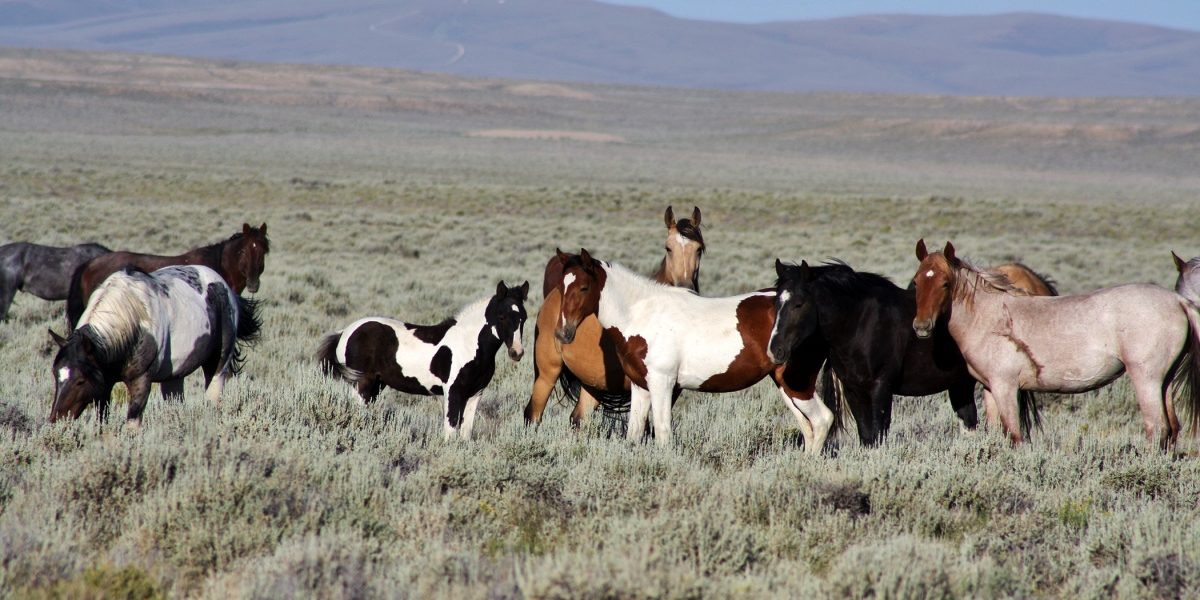 CASPER — The Bureau of Land Management will round up most wild horses in five herd management areas in southwestern Wyoming, beginning as soon as Oct. 7, the agency said Friday.

Removed horses will be “freeze branded, vaccinated, dewormed and given a Coggins test,” a blood test for viral Equine Infectious Anemia, according to Friday’s statement. Officials will then return about 800 of the removed horses to the range, administering temporary fertility controls to all returned mares, in an effort to reduce the wild horse population in those areas to a target of 1,550–2,145. The remaining 3,500 will be adopted out, pending medical and behavioral clearance.

The BLM is following a Trump-era goal of gathering as many as 31,000 Western wild horses by the end of fiscal year 2022, potentially dropping the total count below 56,000, E&E News reported last month.

Under the Wild Free-Roaming Horses and Burros Act of 1971, the agency is only required to maintain a minimum population of just under 3,800 wild horses in Wyoming, and is free to remove horses that exceed that number. Its current management efforts are driven by concern that the landscape will not be able to sustain current wild horse numbers, particularly as drought intensifies in the West.

Members of the public can arrange with the agency to observe the efforts, so long as they provide their own food, water and transportation and do not interfere with operations. Daily reports on the horse gathering will also be made publicly available.

But the Wyoming plan, which would shrink the state’s wild horse population to about 4,200 — a 45% reduction — has drawn criticism from wild horse advocates.

“All Americans should have a say in the future of these lands, which have been designated as habitat for federally-protected wild horses in the state,” Suzanne Roy, executive director of the American Wild Horse Campaign, said in a statement.